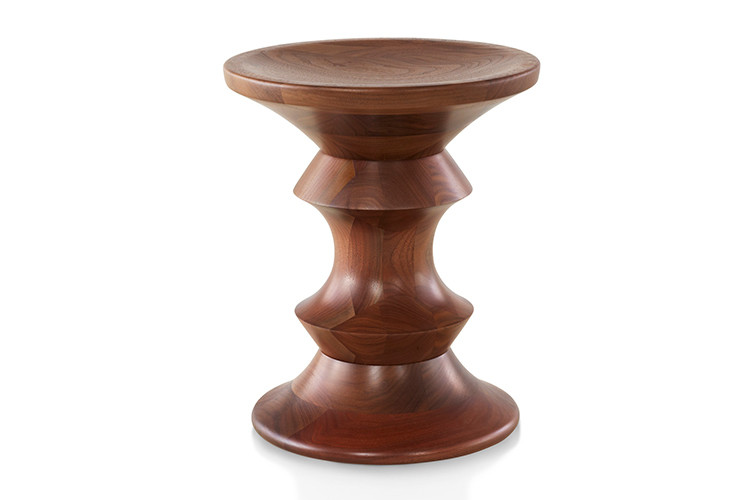 At the time it was built in 1959, the Time-Life Building was the largest slab-formed skyscraper in New York. It was a modern marvel, featuring an ultra-modern lobby with murals by Joseph Albers and Fritz Glarner. In 1960, Ray Eames was asked to design occasional pieces for that lobby to accompany chairs designed by her husband, Charles.Trained as a sculptor, Ray Eames created the Eames® Walnut Stools, which became her favorite seats and were scattered all over the Pacific Palisades home she shared with Charles.It is a testament to the skill Ray Eames had as a designer that these lathe-turned walnut pieces seem contemporary even today. They come in three profiles with a clear lacquer finish.

Save this product for later
Display prices in: CAD