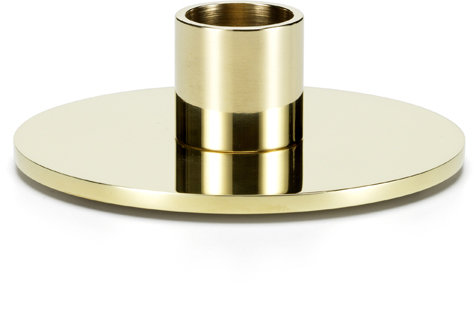 Girard was one of the leading figures in American design during the post-war era. While textile design was the primary focus of Girard‘s oeuvre, he was also admired for his graphic art as well as his work in furniture, exhibition and interior design. Girard brought a sensuous playfulness to twentieth-century design that had been absent from the austere aesthetic of classic modernism. For his celebrated interior design of the legendary Miller House, which was built by the architect Eero Saarinen, Alexander Girard personally selected each individual object – including four decorative brass candle holders that he created in 1963