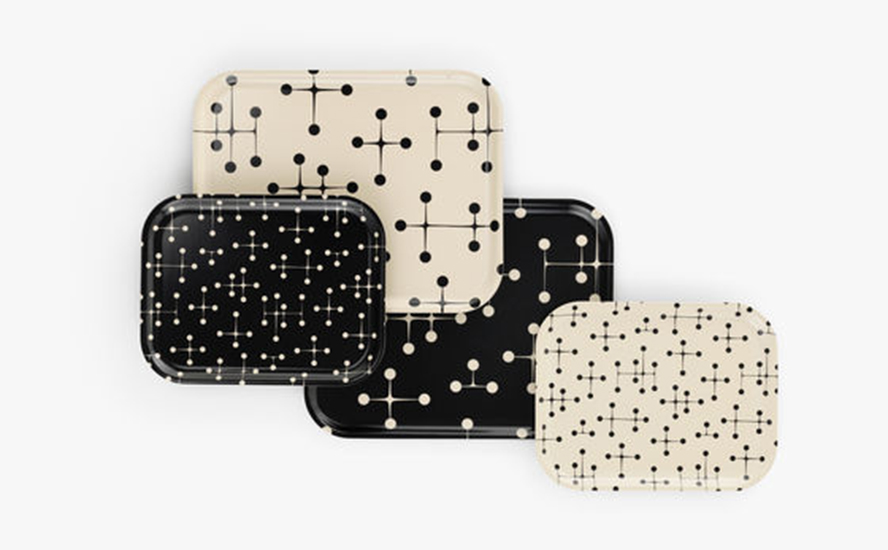 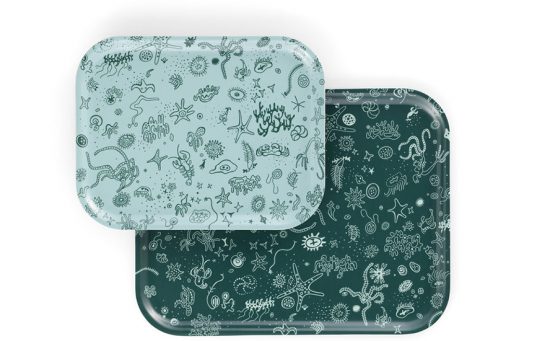 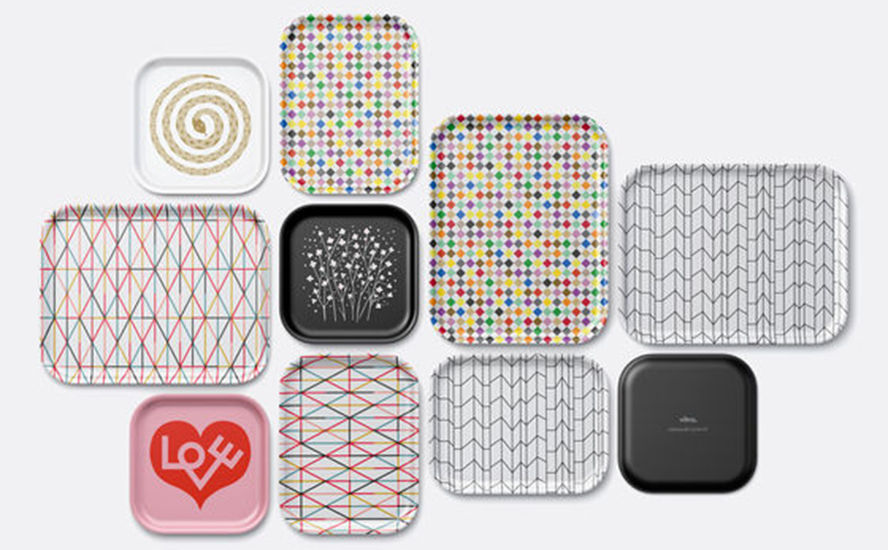 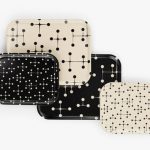 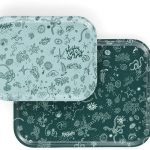 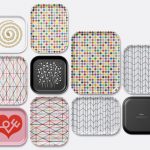 The designers Alexander Girard and Charles and Ray Eames were leading figures in American design during the post-war era. While the primary focus of Girard’s work was on textile design, he was also admired for his work in the areas of furniture design, graphics, exhibitions and interior architecture.

The Classic Trays, which are made of laminated plywood, come in assorted motifs created by Girard for various purposes and selected by Vitra in cooperation with the Girard family. The Dot Pattern was developed by Charles and Ray Eames in 1947 and began to appear on pillows, cushions, blankets and other items from 1949 onwards.