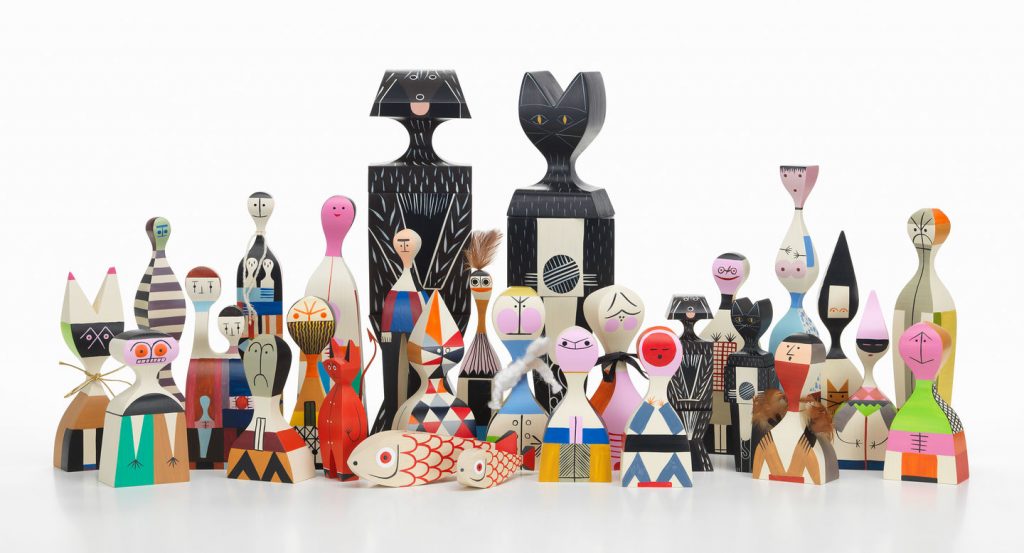 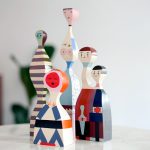 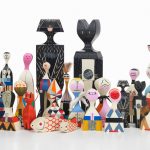 Alongside Charles and Ray Eames as well as George Nelson, Alexander Girard was one of the decisive figures in post-War American design. The focus of his broad oeuvre was on textile design, and a key source of inspiration for him was his passion for the popular art of South America, Asia, and East Europe.

The Wooden Dolls, which Girard created for his own home in Santa Fe and made himself, are likewise inspired by his own extensive collection of works of popular art. Half decorative element, half toy, the Wooden Dolls were originally intended only for personal use.

Based on originals found in the Girard Estate held by the Vitra Design Museum, the partly joyful, partly grim-looking company of dolls is now available as a charming enhancement to any interior.