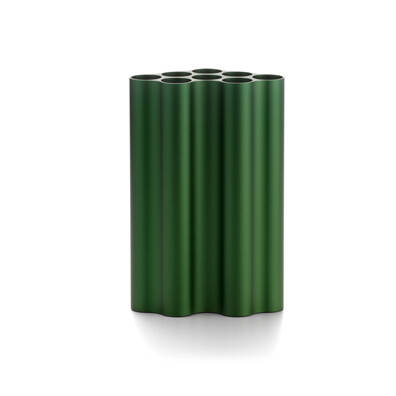 The shape of the Nuage vases made its first appearance in the oeuvre of Ronan and Erwan Bouroullec in 2002. Reminiscent of a cloud, it was originally produced as a plastic shelf module that can be grouped into clusters or large-scale configurations. Eight tubular cavities pierce the flat surfaces of the modular element while also defining the form’s outer contours. Over the years, the Bouroullec brothers have varied this shape and repeatedly incorporated it in their graphic work.

Save this product for later
Display prices in: CAD